Home/Blog/Alcohol, there are 720 thousand heavy drinkers in Italy 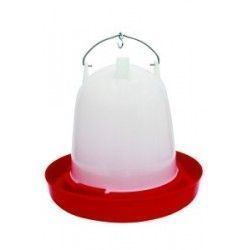 Alcohol, in Italy there are 720 thousand heavy drinkers

I ‘heavy’ drinkers, those most at risk, in Italy there are 720 thousand. From data estimated by Istat and the National Institute of Health, there are then about 8 million at-risk consumers over the age of 11 in the country. These data, and more, were discussed today at the Higher Institute of Health, during the 15th Alcohol Prevention Day.

The meeting was held in the Pocchiari classroom.

According to the WHO those daily intakes of more than 40 g of alcohol for women and more than 60 g for men are harmful. As mentioned, of the 720,000 heavy drinkers, 10 percent – just under 73,000 – are intercepted and referred to SSN alcology services. 90 percent of harmful consumers remain undeclared, go undetected and do not use diagnostic services.

“An overview shows that more than 720 thousand individuals in our country are not only at risk,” says Emanuele Scafato, director of the National Alcohol Observatory- But already patients with organ damage and addiction caused by alcohol. In conditions therefore requiring one of the forms of treatment available in alcohology services capable of halting the progression of damage, preventing complications and evolution into more complex forms of addiction, as well as initiating a possible course of treatment and rehabilitation.”.