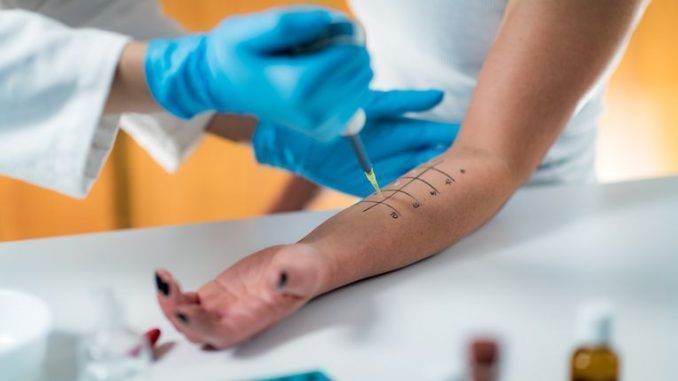 Allergy and intolerance are two different concepts and not synonymous, as is often thought. For allergy means a reaction of the immune system that is triggered as a response to an allergen i.e., a foreign element from the body that is recognized as possibly harming it.

It causes an immune response

Food with its allergens provokes an immune response that can also have very harmful consequences for the body.

For example, a person who is allergic to a fruit will manifest an allergic reaction by eating even a small part of it: introducing the foreign element into the body will result in various skin manifestations such as itching and irritation.

In severe cases they can manifest:

L’food intolerance instead it is something different precisely because there is no immune system as the protagonist in that no immune response takes place at all.

Rather, it means the inability to tolerate a certain food and therefore the body “rejects” it precisely because it cannot digest it properly.

For example, a person who is intolerant to a fruit, if he or she takes a small amount of it, will not manifest any problems.

On the contrary, if he takes in many of the fruits he is intolerant of, he will no longer be able to digest this food and thus various negative effects may occur such as:

Intolerances also include those defined as “enzymatic,” or those in which there is a lack or deficiency, of an enzyme involved in digestion (an example is lactose intolerance).

Ultimately, if an allergy to a certain food is found, the subject will do well to eliminate its consumption permanently; on the contrary, if it is only an intolerance, in small doses one can continue the consumption of that given food without, however, abusing it.