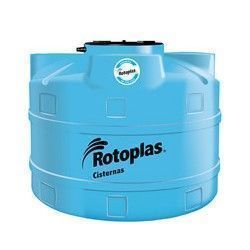 It was well received by the many citizens who attended last Tuesday's meeting entitled "The heart… is in charge.". At the Council Chamber of the City of Cisterna, heart disease prevention and the Pontine Heart Attack Network were discussed in front of an audience that was very involved in the discussion.
Organized by the ASL Latina in collaboration with Cgil, Cisl and Uil retirees and under the patronage of the City of Cisterna, the meeting began around 5:15 p.m. and was attended by numerous members of the area's senior centers.

An information campaign, that of "Al cuore… si comanda," which has been going on for several months now and has already touched some municipalities in the province of Latina.
Speakers at the meeting were Dr Michele Caporossi, general director of the Latina ASL who spoke about the transition “from the Heart Attack Network to a networked health” Dr. Antonio Sabatucci, head of UOC Active Prevention who explained the relationship between “lifestyle and prevention” Dr. Edoardo Pucci, director UOC Cardiovascular Diseases, who instead went into the clinical details of myocardial infarction, a disease defined as "time-dependent”.
With the aid of video clips and using very simple language, the doctors explained to the audience in the room how it is possible to reduce the risk of heart disease and how to deal with emergencies.
Opening the conference was Eleonora Della Penna, in her capacity as mayor.
"I would like to thank first of all the Asl for the admirable initiative it is carrying out, which today also touches our municipality – said the mayor of Cisterna – but also the local Cgil, Cisl and Uil pensioner unions that have involved so many people and then representatives of our senior centers.
When it comes to health, informing means saving lives. Especially when we talk about heart-related diseases where the time factor makes a difference. That's why we are happy to host 'To the Heart… is Commanding,' a campaign that does information, prevention and thus service to citizens.".

The end of the meeting was devoted entirely to questions and testimonies from the audience, through which the experts present in the room were able to explain even better the good practices to be followed to prevent heart disease and cope with heart attack.