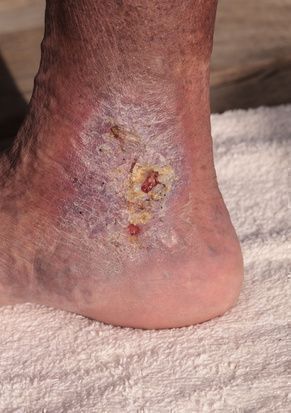 Respiratory diseases, one in three children is affected: 8 times out of 10 the cause is viral

“Epidemiologically, according to data from the World Health Organization, respiratory infections are the major cause of disease worldwide and are responsible for 18 percent of deaths in children under 5 years of age,” explains Michele Miraglia Del Giudice, Pediatrician and Allergist at the Second University of Naples. “In Italy, they account for about 80% of pediatric visits: in fact, 25% of children within the first year of life and 18% of those between the ages of 1 and 4 years are affected by recurrent respiratory infections (RRIs), which are generally not serious but present a high impact on the quality of life of the child and the parents who find themselves dealing with absences from school and work up to 10-12 times a year, almost once a month. It is also estimated that 10 percent of children suffer from allergic rhinitis, and it is widely believed that allergic patients may have a greater susceptibility to respiratory infections than nonallergic children, generating a vicious cycle. Finally, we can say that one third of the pediatric population has more or less chronic upper respiratory tract problems.”

“Whether we are talking about colds, flu, sinusitis or allergies, the nose is always involved,” he points out Matthew Gelardi, Otolaryngologist, Bari University Polyclinic, “and in particular the nasal mucosa, so called precisely because it produces the mucus that represents the first defense barrier against external agents such as bacteria, viruses, atmospheric particulate matter and pollen. The main cause of airway infections is a child’s physiological immunological immaturity. In the first 3 years of life there is a difficulty in antibody production, especially toward polysaccharide antigens. This poor efficiency of antibody responses is also responsible for incomplete immunological memory with risk of recurrence of the same infection. Other defense mechanisms are also immature; in fact, reduced mucociliary clearance results in prolonged residence of pathogens in the nasal and pharyngeal mucosa, facilitating infection.

When faced with an upper airway infection, the first question that arises is about its origin: will it be bacterial or viral? It is a vicious cycle, the expert concludes, because a viral infection results in changes that favor bacterial infection and can turn to bacterial if not treated appropriately.”.

“Viruses are the main microorganisms involved in respiratory infections,” she continues Paola Mastromarino, Microbiologist and Virologist, Department of Public Health and Infectious Diseases, La Sapienza University of Rome. “Notably in more than 60 percent, rhinoviruses are the cause and are associated with at least 60 percent of asthma exacerbation episodes. The main etiological agents of upper respiratory tract infections besides rhinoviruses are Respiratory Syncytial Virus (VRS), adenoviruses, influenza and parainfluenza viruses. However, it is possible that these viral infections may promote the subsequent onset of a bacterial infection originating clinical pictures of greater severity. Only for the influenza virus is a vaccine available that prevents infection; in general, few viral infections can be treated with specific antiviral drugs.

Recent scientific publications have shown that Resveratrol, a natural polyphenol produced by plants, has the effect of inhibiting the replication of rhinoviruses, influenza viruses and respiratory syncytial virus . Resveratrol also dramatically reduces the synthesis of infection-induced pro-inflammatory molecules, which are mainly responsible for the symptoms associated with viral upper respiratory tract infections. The use of resveratrol in medical practice has been limited by its poor solubility and stability in aqueous solution but, recently, an aqueous formulation has been developed in combination with carboxymethylbetaglucan that confers solubility and stability to resveratrol, delaying its natural degradation and also increasing its bioavailability, absorption rate and mucosal hydration, without affecting its biological activity.”.

“If, due to a viral infection of the upper respiratory tract,” he adds Lorenzo Drago, Microbiologist, University of Milan, “hair cells in the nose fail to do their job to the best of their ability, bacterial overinfection can set in, which tends to form biofilms, a collection of bacterial cells tenaciously adhered to a surface and included in an extracellular matrix composed mainly of polysaccharides and proteins. Biofilms constitute a protected growth mode that allows bacteria to survive in a hostile environment and makes them able to resist both the action of the immune system and antibiotics, which, unable to penetrate it, are ineffective. For these reasons, biofilms appear to be involved in a very high percentage of chronic or relapsing infections affecting different systems (respiratory, urinary, gastroenteric, etc.) and this is one of the main reasons why alternative and synergistic strategies are being sought: on the one hand demolishing the biofilm and on the other hand overcoming the phenomenon of bacterial resistance due to an inordinate and uncontrolled use of antibiotics not only in hospitals and communities, but also in agriculture and particularly in farm animals.”.

But even in allergic forms, the resveratrol and carboxymethylbetaglucan complex in nasal spray (LinfoVir® plus), patented by NÓOS, has been shown to be effective. Studies conducted in children with persistent allergic rhinitis and recurrent respiratory infections have shown that topical intranasal administration of this complex significantly reduces both nasal symptoms (such as itching, sneezing, rhinorrhea, coughing, and obstruction) and the occurrence of new respiratory infections, and consequently also fever days, absences from school, and the number of pediatric visits. The biological effects of resveratrol certainly include those that are antiviral and antioxidant, those on the immune system (protection from infection and increased anti effective defense), anti-allergic, cardiovascular system (anti-atherosclerotic, anti-hypertensive and anti-aggregative activity).

“Compared with other therapeutic solutions tested on adults and ‘adapted’ to children, the resveratrol and carboxymethylbetaglucan complex has demonstrated its properties with studies in pediatric patients,” concludes Paola Mastromarino.